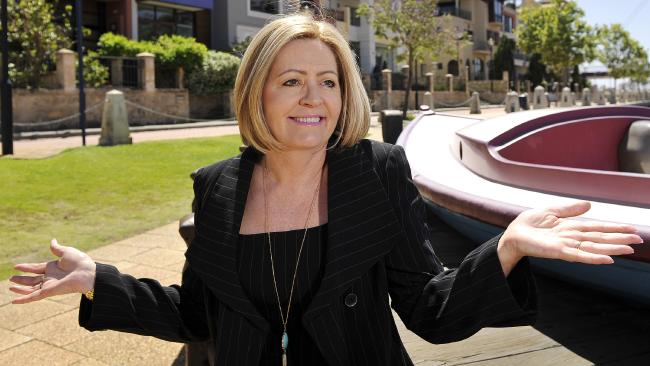 In her submissions to the Department of Local Government, Scaffidi incredibly tried to claim that it was ‘not in the public interest’ to pursue disciplinary action against her. Ironically, her argument served only to further highlight the utter contempt she has shown towards the public in this matter.

Paragraph 28 of the Department of Local Government report introduces us to Scaffidi’s ‘public interest’ defence. From there, paragraph 32 expands on Scaffidi’s slop, which is worth reading for entertainment value alone. As you’ll see, The Marcus Review just couldn’t help itself in providing some commentary along the way:

(TMR: that didn’t stop Scaffidi doing the right thing 79 out of 112 times. How can any ‘system’ prevent disclosure of personal benefits? Was there an obstacle course in the way that she bravely made it through 79 times? That aside, even if the systems were inadequate then, as Lord Mayor, she would largely be responsible).

(TMR: the benefits received were personal and, in any event, were not disclosed as required under legislation. Compliance with the law is not optional. That aside, are we supposed to simply ignore the Australian Press Council related travel in this context?).

(TMR: this is simply a ‘do you know who I am – I’m special!’ argument and nothing short of nonsense).

(TMR: the benefits received were personal and, in any event, not disclosed as required under legislation. Compliance with the law is not optional and doesn’t hinge on whether ‘consideration’ is given. That aside, Scaffidi isn’t exactly Bill Clinton when it comes to the market value of her speeches and attendances.

(TMR: among other things, the CCC made findings of ‘serious misconduct’. Is everyone supposed to ignore this? That aside, this latest report has uncovered further matters – to the tune of 45 allegations).

(TMR: reputational and emotional damage tends to occur when you’re caught with your hand in the cookie jar. It has nothing to do with ‘public interest’ considerations and is pure nonsense).

(TMR: other people’s actions are irrelevant to this matter and any public interest argument. This is an offshoot of the Nurenberg Defence – i.e. claiming that ‘everybody else was doing it’. See also the first bullet point above).

(TMR: these are admissions of guilt and provide further public interest reasons for disciplinary action – not less).

(TMR: this is irrelevant. The benefits received were not authorised by the Council – for the simple reason that they were not disclosed as required under legislation. If your boss sends you on a (legitimate) business trip to visit a supplier, it doesn’t magically authorise you to accept personal benefits, gifts or bribes from that supplier and not tell your boss about it).

How could Scaffidi make such absurd arguments with a straight face? What a disgrace. Disciplinary action can’t come soon enough for this grub.

One thought on “Scaffidi’s ‘Defence’”