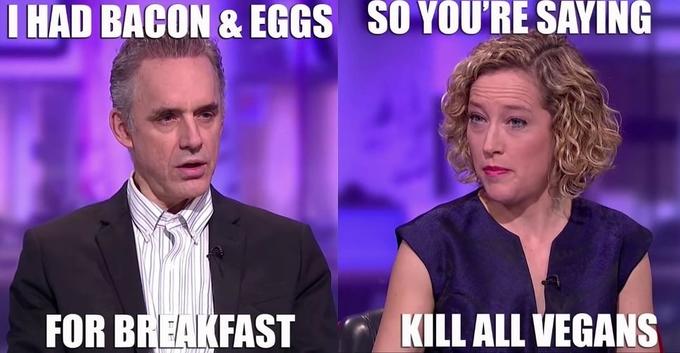 (Go here for Part One: Read and Prepare and Part Two: Get Comfortable).

It is good debating practice to agree on basic facts that nobody can possibly disagree with at various stages during the debate. Leftists will never voluntarily do this. This is because 99% of the leftists and social justice warriors you encounter will either:

In fact, you will have to be on high alert with any purported ‘facts’ that a leftist tries to throw at you. For example:

Leftist: Australia’s refugee policy is completely shameful. The way we treat them in our detention centres is terrible and a violation of human rights. Did you see that report on the ABC the other night?

You: (Thinking to yourself, not this stupid **** again). How so? We are one of only 37 ‘taking’ countries under the UNHRC resettlement program and rank third for volume of resettled refugees (behind the USA and Canada). Not bad for a country of about 25 million people wouldn’t you say?

Leftist: That’s only the UN program. Other countries take way more than that outside the program.

You: Hastily established shanty towns on the borders of war zones don’t count. You can only count properly resettled refugees, otherwise you’d be saying that Turkey and Rwanda are two of the most generous countries on Earth! If I were a refugee, I’d much rather be on Manus Island. By the way, do refugees in Rwanda and Turkey get the dole? If so, what can they buy with it?

As you can see, it’s your job to take charge when it comes to basic facts.

If you can make it look like your giving away some ‘concessions’ while you’re at it, even better. For example, in the refugee scenario above feel free to heartily agree that we detain asylum seeker applicants for far too long – and that they should be sent back to their country of origin within a year if they cannot conclusively prove their refugee status! This will put the leftist’s brain cycle into a feedback loop which they cannot recover from.

Aside from providing necessary structure and minimising the amount of times the leftist goes off on moronic tangents, setting the table from the outset will also assist you in getting more comfortable.

For example, when debating climate change, it always helps to go through the following basic, uncontroversial facts to agree on right at the beginning:

From there, you should have a pretty easy time of rocking the leftist’s world when you ask them what actual difference it would make to reduce human carbon dioxide emissions by:

And all this is before you even get onto bonus topics such as:

Your effectiveness in setting the table all comes back to the first part of this series: reading and preparing. You don’t need to have a PhD on the subject, but you do need to know the essential start-up facts.

As for Doctor Peterson (video below), he has no problem whatsoever in admitting things like the fact that he is followed predominantly by males and that YouTube is a predominantly male domain. Why should he? It’s a fact. By the time Newman puts the inane proposition to him that: ‘that’s divisive isn’t it?’ (at 2:25 on), he’s easily able to remind Newman that Tumblr is a predominantly female domain [TMR: just like female only gyms, mothers’ clubs, book clubs, the Joy Luck Club, corporate HR departments, kindergarten teaching and Year 1 primary school teaching] and that there are plenty of women who listen to him, buy his books and who owe their recently increased pay to him.

Having failed so early on, Newman is left with little alternative but to dust off the well-worn leftist technique of interrupting Doctor Peterson mid-point and quickly and illogically changing the topic – in this case to ask: ‘what’s in it for the women?’ (at 2:58).

Next up: Part Four – Laughter and Mockery.