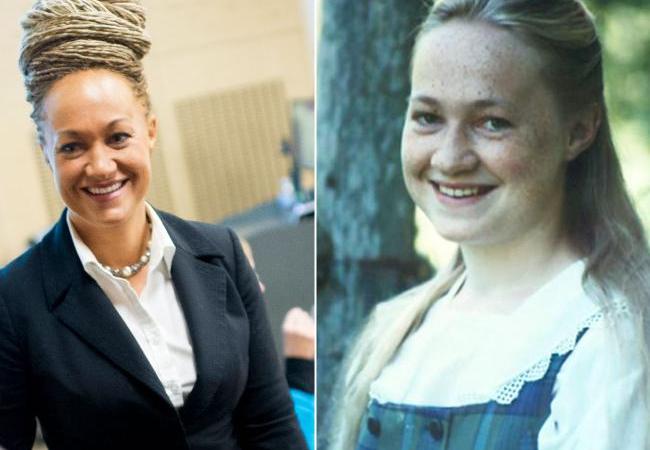 These days, if you’re a white person and dress yourself up with a ‘blackface’, people are going to look at you like you just came in from Mars.

It wasn’t that long ago that artists like Michael Jackson sang that ‘it don’t matter if you’re black or white’.

I also have it good authority that people hate being lied to and made fools of, although I must admit that I do not have any peer reviewed research to back this up – you’ll just have to believe me.

For reasons that probably begin and end with clinical insanity, the ethically challenged Rachel Dolezal felt (and still feels) otherwise as she built her entire life on the deception of being ‘black’ – and temporarily enriching herself during the process.

Last year, after decades of deceit, Dolezal was finally caught out.

Of course, that’s the old news. The recent good news is that society hasn’t completely lost its mind in dealing with this piece of garbage:

RACHEL DOLEZAL, the infamous white woman who for years passed herself off as African-American and rose to become head of a National Association for the Advancement of Coloured People branch (the NAACP), is now jobless and expects to soon be homeless.

In typical and predictable loony leftist fashion, Rachel can’t see how she’s done anything wrong and is trying to double down on her whole scam:

“I do think a more complex label would be helpful, but we don’t really have that vocabulary,”

[TMR: we do, it’s called ‘effing insane’ and there’s a government institution ready to help near you].

She’s also apparently begun ruffling feathers in the transgender community by claiming that race, like gender, is fluid.

“It’s more so,” Dolezal told The Guardian. “Because it wasn’t even biological to begin with. It was always a social construct.”

[TMR: Dear Rachel, I’m confused: is artificial skin tanner a biological part of your ‘essential essence’ or a social construct?].

“I feel that I was born with the essential essence of who I am [TMR: i.e. a total fraud], whether it matches my anatomy and complexion or not,” Dolezal said. “I’ve never questioned being a girl or a woman, for example, but whiteness has always felt foreign to me, for as long as I can remember. I didn’t choose to feel this way or be this way, I just am.

When the left is given too much time and money to spend, things like Rachel Dolezal start to fester, sprout and gain prominence. The sad result of it all isn’t even the wasted taxpayer money: it’s the wholly unnecessary social division caused along the way and the misleading and indoctrination of young impressionable minds:

Dolezal would have done well in Orwell’s Ministry of Truth:

Only the disciplined mind can see reality, Winston. You believe that reality is something objective, external, existing in its own right. You also believe that the nature of reality is self-evident. When you delude yourself into thinking that you see something, you assume that everyone else sees the same thing as you. But I tell you, Winston, that reality is not external. Reality exists in the human mind, and nowhere else. Not in the individual mind, which can make mistakes, and in any case soon perishes: only in the mind of the Party, which is collective and immortal. Whatever the Party holds to be the truth, is truth. It is impossible to see reality except by looking through the eyes of the Party. That is the fact that you have got to relearn, Winston. It needs an act of self-destruction, an effort of the will. You must humble yourself before you can become sane.