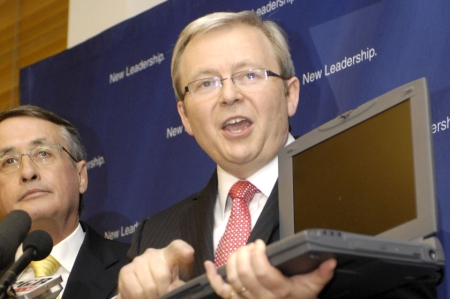 Not long ago, The Marcus Review provided a list of 18 key Labor spending decisions which largely contributed to our $400 billion loan.

A boarded-up school hall on the NSW central coast stands as a reminder of the conceit that consumed a Labor government.

The $16.2 billion Building the Education Revolution program was the brainchild of a prime minister who defined his task as “saving capitalism from itself”.

Wyong Grove Public School hit the jackpot when Nathan Rees’ Labor government divided up the $3.5bn that had been forced upon it. Enrolments were dwindling. The word around town was the school might be closed. Yet Wyong Grove was given both a new school hall and a covered outdoor learning area at a cost of $2 million.

Local federal Labor MP Craig Thomson was delighted, lauding it as part of “a very targeted stimulus package” that would be celebrated for decades to come’’.

“I’m sure in 25 years those buildings will still be there,” the former member for Dobell told parliament.

Thomson’s fall from grace is well known. He was found guilty of using a Health Services Union credit card to pay for hookers and other unauthorised expenses.

Less celebrated is the fate of Wyong Grove, which was closed in 2013. Its few dozen remaining pupils were sent to a school 15 minutes walk away with plenty of spare capacity.

Last year, the school was sold for $4.45m to a developer who plans to demolish the hall and build medium-density housing.

What a disgrace – $2 million straight down the toilet. On top of that, I wonder how much more the land could have sold for if there weren’t two superfluous school hall carcasses to demolish and send to the tip.

3 thoughts on “Demolishing the Education Revolution”