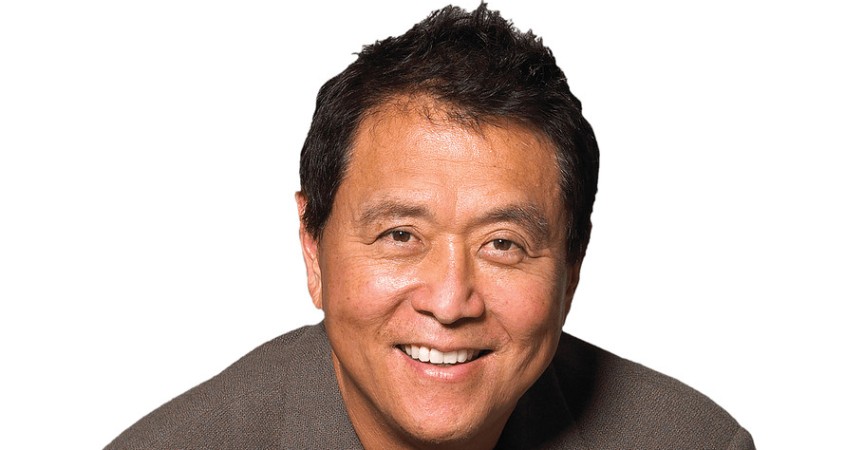 I recently agreed to attend a local networking event.

Part of the promotional material included a quote from Robert Kiyosaki – the author of Rich Dad, Poor Dad and notable rich guy among other things.

As I read the quote, I thought to myself ‘hang on a second, isn’t that the guy that supposedly went bankrupt? Why would a networking group want to quote him?’.

Almost immediately, I realised that what had crossed my mind was based almost entirely on mainstream news headlines which I had vaguely remembered. Indeed, when typing ‘Kiyosaki broke’ or ‘Kiyosaki bankrupt’ into Google, the following results came up:

Suffice to say, the above practice is rampant in what passes for journalism these days and is a big a reason why people don’t trust the media anymore.

Secondly, the stories themselves read more like communist manifestos. My favourite of the lot was was this nonsense from Helaine Olen of Forbes:

Robert Kiyosaki, author of the bestselling Rich, Dad, Poor Dad series of financial advice books, is offering his fans yet another lesson in how the rich are different than you and me: they file for bankruptcy not because of ill health or unemployment related issues, but instead as a strategic business move.

… Kiyosaki was one of the small-time wealth guru mountebanks who made it to the big-time in the aughts by telling his forever falling behind audience that they could get ahead, they just had not learned how. The schtick behind the Rich Dad books was that Kiyosaki was sharing secret money-making strategies of the wealthy with his wage slave readers. The tips ran the gamut from ridiculous to illegal and downright hurtful and included advocating for insider trading, arguing for the purchase of multiple real estate properties with little or no money down and telling followers they could purchase stocks on margin via unfunded brokerage accounts.

[TMR: where in his book does Kiyosaki encourage anyone to break the law?]

… No one has ever proven that Rich Dad, the man who supposedly gave Kiyosaki all his advice for wealthy living, ever existed. Nor has anyone ever documented any vast reserves of wealth earned by Kiyosaki prior to the publication of Rich Dad, Poor Dad in 1997

[TMR: that’s because it’s none of your or anyone else’s business].

Indeed: who would have thought that the rich could be so different from socialistic cadet journalists who like to engage in defamation and don’t understand why companies exist?

I then wondered whether anyone had bothered to tackle the herd on this before coming to the man himself all the way in 12th spot on Google. It turns out that Rich Dad also knows how to swat leftists too:

That’s what Corporations are designed to protect

If you are planning to get rich, please read this blog BEFORE you get rich

It’s another day of work as a Capitalist where lessons are learned daily. My Rich Dad always told me, “It’s not how much money you make, it’s how much money you keep. Money without financial education is money that will soon be lost. Just look at all the retired athletes and lottery winners…broke!”

My rich dad was right. In these desperate times, I am again learning how important corporations are to the rich and those planning on becoming rich.

Now more than ever, if you have money, people will come after you. I am going through this right now. If you’re planning to get rich, read this blog; it could save you a lot of time, money and protect you from lawsuits.

My rich dad played the game with intelligence and experience. He did it through corporations—the biggest secret of the rich.

I remember in school being told the story of Robin Hood and his Merry Men. My teacher thought it was a wonderful story of a romantic hero who robbed from the rich and gave to the poor. My rich dad did not see Robin Hood as a hero. He called Robin Hood a crook. Now the rich fight the evils of Robin Hood with the protection of corporations.

The rich don’t play by the same set of rules. Even back in the days of the sailing ships, the rich knew about corporations. Back then, the rich created the corporation as a vehicle to limit their risk to the assets of each voyage. The rich put their money into a corporation to finance the voyage. The corporation would then hire a crew to sail to the New World to look for treasure. If the ship was lost, the crew lost their lives, but the loss to the rich would be limited only to the money they invested for that particular voyage. Their newly formed corporation existed SEPARATE from and unrelated to their personal finances.

It is this knowledge of the legal corporate structure that really gives the rich a vast advantage over the poor and the middle class. Corporations have many strategies and options to protect the rich from Robin Hood as well as the taxman. In some cases those strategies may include bankrupting the corporation. This is one tool for protection from Robin and his Merry Men.

Using a corporation, the wealth of the rich is once again protected. The protection is not just from Mother Nature’s disasters, but from the desperate Robin Hoods trying to steal the riches of the wealthy.

Without knowledge, the world will push you around.

Knowledge is power. And with money comes great power that requires the right knowledge to keep it and make it multiply. Without that knowledge, the world pushes you around.

Once I had this knowledge of the power of money working for me, Rich Dad wanted me to be financially smart and not let anyone or anything push me around. If you’re ignorant, it’s easy to be bullied. If you know what you’re talking about, you have a fighting chance. That is why he paid so much for smart tax accountants and attorneys.

His best lesson to me was: “Be smart and you won’t be pushed around as much.” He knew the law because he was a law-abiding citizen, and more importantly, it was expensive to not know the law. “If you know you’re right, you’re not afraid of fighting back,” even if you are taking on Robin Hood and his band of Merry Men. It’s better to be Rich Dad with a bankrupt corporation than to let the desperate Robin Hood destroy you.

We live in a litigious society. Everybody wants a piece of your action. The rich hide much of their wealth using vehicles such as corporations and trusts to protect their assets from creditors. When someone sues a wealthy individual, they are often met with layers of legal protection and often find that the wealthy person actually owns nothing. They control everything, but own nothing.

The poor and middle class try to own everything and lose it to the government or to fellow citizens who like to sue the rich. They learned it from the Robin Hood story: Take from the rich, and give it to the poor.

It is not the purpose of this blog to go into the specifics of owning a corporation. But I will say that if you own any kind of legitimate assets, I would consider finding out more about the benefits and protection offered by a corporation as soon as possible.

There are many books written and courses offered on the subject that will detail the benefits and even walk you through the steps necessary to set up a corporation. They provide wonderful insight into the power of personal corporations.

As part of your overall financial strategy, I recommend that you learn about the protection that legal entities can provide for businesses and assets… And do it BEFORE you get rich!

Yet again, this story reminds us that we must always be vigilant of the gap between what we think we know… and reality.