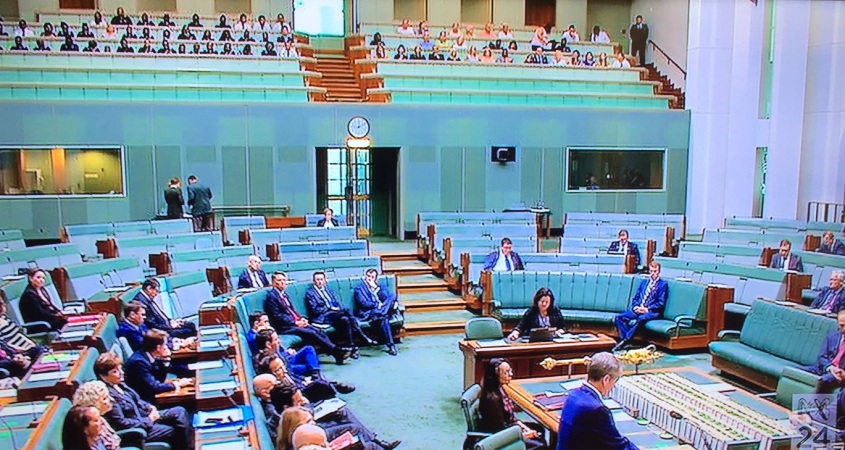 If you’re going to grandstand on an issue, then it’s wise to do it properly and not cut any corners.

On Monday (28 November 2016), Turnbull and Shorten stood arm in arm and ‘shoulder to shoulder’ with indigenous leaders outside parliament to show ‘solidarity’ with Charlie King’s No More campaign. The only things missing were the ‘Je suis Charlie’ placards: 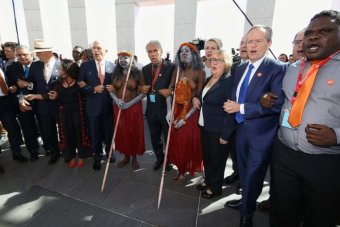 Inside parliament, with members of the Rirratjingu tribe in attendance and Turnbull doing his level best to fabricate an impassioned plea to stop domestic violence (against women), things were less enthusiastic:

And yes, Labor was just as bad: 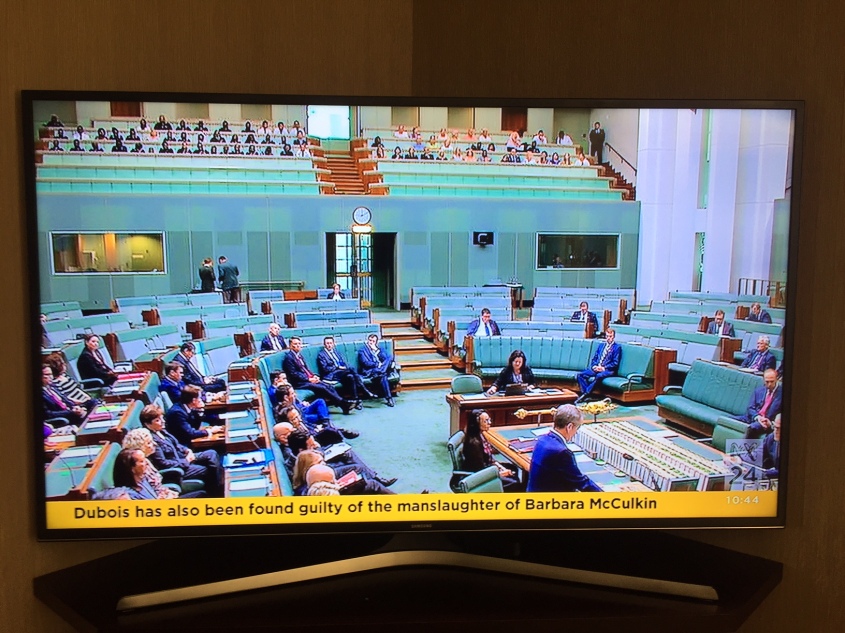 Suffice to say, it all made this statement from the PM’s office sound very hollow:

The Government has elevated the issue of violence as a national priority through the Council of Australian Governments under the Third Action Plan of the National Plan to Reduce Violence against Women and their Children 2010-2022.

You mean to say that this ‘National Plan’ has been  around since 2010? And that there’s plenty more coming? You bet:

The Third Action Plan builds on existing work underway through the Women’s Safety Package which provided over $100 million for a range of activities to keep all women safe from violence, including $21 million for activities specifically targeting Indigenous families.

I bet you’re just dying to see what those $100 million of ‘activities’ look like.

And how about the results ?

NT Police Commissioner Reece Kershaw said the importance of the campaign could not be overstated in the Territory.

There have been 75,000 incidents of family violence in the NT in the past three years.

But Commissioner Kershaw said it was a national issue and that every jurisdiction was experiencing an increase.

What a masterpiece. I can’t wait for the encore.

3 thoughts on “To Domestic Violence (Against Women), Some of Our Parliament Says No”