Merv Bendle has written a fantastic article on Quadrant about the rise and entrenchment of populism in Australian politics. In particular, the following section of his article provides a very interesting footnote to The Marcus Review’s 2016-17 federal budget analysis regarding the NDIS and higher education:

For example, the National Disability Insurance Scheme is the epitome of populist politics, based on emotion and sympathy for the unfortunate and provoking hysteria when the viability of the scheme is questioned. It is projected to have a total annual cost of $22.1 billion when fully implemented in 2019-20, yet the National Disability Insurance Agency administering it has admitted this figure will blow out by many billions of dollars annually because it cannot control the cost of the program as it lacks the power to define ‘disability’ or even to require adequate evidence that any such affliction exists. Consequently, there will be some 460,000 people immediately supported under the scheme (at $48,000 each), and that number can be expected to grow exponentially as its ready accessibility becomes widely known. It has the potential to wreak economic and social havoc.

The same thing is projected to occur with the Higher Education Contribution Scheme. Pursuing the absurd and deceitful populist notion that everyone should of right have a place at university, the government will increase the number of government-supported tertiary students from 522,000 in 2015 to 696,000 in 2026, increasing the annual cost of HECS from $1.7 billion to $11.1 billion.  Over that period, the contribution of the program to the national debt will balloon from $13.4 billion (4.8%) to $48.1 billion (18.3%). It has been projected that by 2026, $4 billion worth of new and unpaid loans will need to be written off annually.

When people claim that Gen Y is getting ‘screwed over’, they’re correct in a limited sense – but for all the wrong reasons. It’s not because the generations above them are hoarding property (see graphs below) or denying job opportunities. It’s because our politicians are saddling them (and everyone else for that matter) with tens of billions of dollars of unsustainable costs and long term debt on feel-good schemes like these. 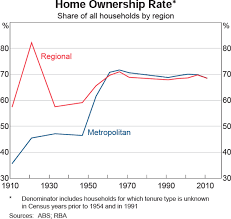