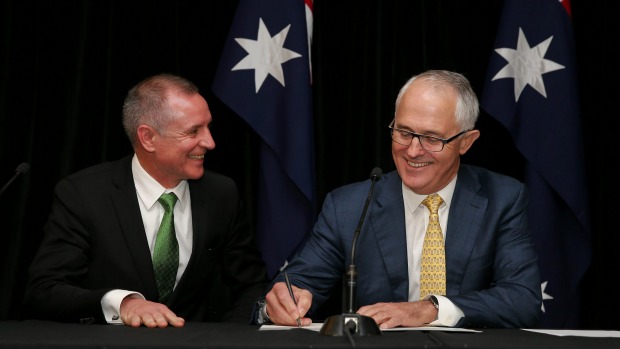 When TMR is not busy being a private lawyer, relishing sledge on a basketball court or tending to his fruit trees, he can be found cooking up culinary delights – such as his ridiculously tasty chicken and prawn curry laksa (using plenty of goodies from the yard such as coriander, Vietnamese mint, Thai chilli, Kaffir lime leaves and Tahitian lime juice).

END_OF_DOCUMENT_TOKEN_TO_BE_REPLACED

If you’re not a regular visitor to Catallaxy Files (you ought to be), then you may not be familiar with this graph – which clearly shows what happens when governments diddle around in energy markets and increase subsidies to wind and solar energy in the name of ‘climate action’:

END_OF_DOCUMENT_TOKEN_TO_BE_REPLACED

The day after the South Australian storms, it was obvious to TMR and anybody with above Gump-level IQ what had happened and why.

END_OF_DOCUMENT_TOKEN_TO_BE_REPLACED

A week ago, The Marcus Review started counting the cost of Tasmania’s energy scandal before wondering if Hydro Tasmania had learnt anything from the experience:

For the first time this year, mainland Tasmania is being continuously and completely powered by renewable energy.

Over the past week, Hydro Tasmania has stopped all diesel generation and wound back gas to prevent spill in smaller hydro storages because of high inflows.

Yesterday, the combined cycle gas turbine (CCGT) at the Tamar Valley Power Station was turned off, as continued high inflows push storages close to spilling at a number of locations.

Jo Nova brings our attention to yet another slice of the pie of incompetence being smashed into our faces:

END_OF_DOCUMENT_TOKEN_TO_BE_REPLACED

In March 2016, The Marcus Review gave a full account of how Tasmania’s energy scandal came about, before concluding the bleeding obvious:

When all is said and done, the cost of the 200 temporary diesel generators alone could come close to (or exceed) what it cost to build the Tamar Valley gas plant. It all depends on when Basslink can be fixed. Using the figures at the very top of this article, the diesel bill will sail over $100 million if Basslink isn’t functioning within three months – which is almost half the Tamar Valley build cost of $230 million. Just stop and think about that for a minute.

On top of this, there’ll also be the cost of building a second Basslink cable (which should have been done in the first place*) and re-commissioning the Tamar Valley gas plant and then doing goodness knows what to it after that. There will also be many more consequential costs on top of this (e.g. millions on government inquiries, ‘re-structuring’ and the like).

One thing is for sure, the short term money that Hydro Tasmania made between 2012 and 2014 will be completely and utterly dwarfed by the cost of this mess.

END_OF_DOCUMENT_TOKEN_TO_BE_REPLACED

Tasmania has provided yet another example of what happens when you let the lunatics run the asylum for too long. This time, it has run out of electricity to the point of needing 200 temporary diesel generators – at a start up cost of $44 million, plus operating costs of $22 million per month.

As you’ll soon see, these costs are merely the steam emanating from the hot pile of dung shoveled up in this scandal – whose key players include a greedy government owned hydroelectric operator, an inept State government and Australia’s most socialistic Prime Minister in history.

Even if you’re not Tasmanian, you should care about this: it’s your money that’s paying for it.