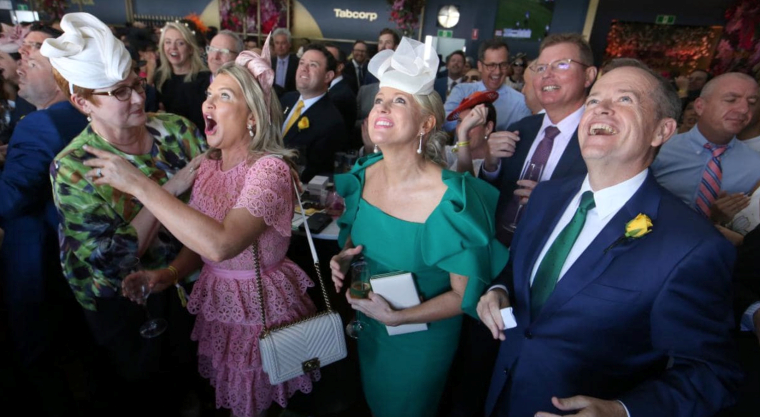 Are you enjoying your hamster-wheel yet? Would you like another carrot cube?

If we didn’t allow our federal government, its agencies and quangos to become so big in the first place, we would not be debating the need for a federal ‘integrity’ commission. We also wouldn’t be funding a museum to house Julie Bishop’s stinky used shoes (yes, really).

Unfortunately, our federal government is the biggest game in town and it’s been acquiring extra influence and power for some time.

Here’s a federal budget pop-quiz for you: when was the last time the federal government spent more than 25% of GDP for 7 years running?

Just stop and think about the above:

(*) PS: when you add in what State and Local governments take**, we’re well on our way to being a 50% socialist nation. (Shhhhhh, be cool man).

(**) PPS: sorry, but 2016-17 is the latest available data available for this. Yes, that’s the ABS giving yet another ringing endorsement for government efficiency.

Still having trouble believing me about how big our government has become?

Then, how about we change over to the tax side of the equation and compare the increase in government revenue with the average wage for the last 15 years?

To be ‘fair’, you will see that this analysis includes the years in which government revenue decreased during the GFC.

Firstly, let’s look at the Federal Government’s revenue for the last 15 years:

As for average wages, I’ll illustrate this one graphically and let you decide whether you think our wages have risen by more or less than 4.9% over the same time: 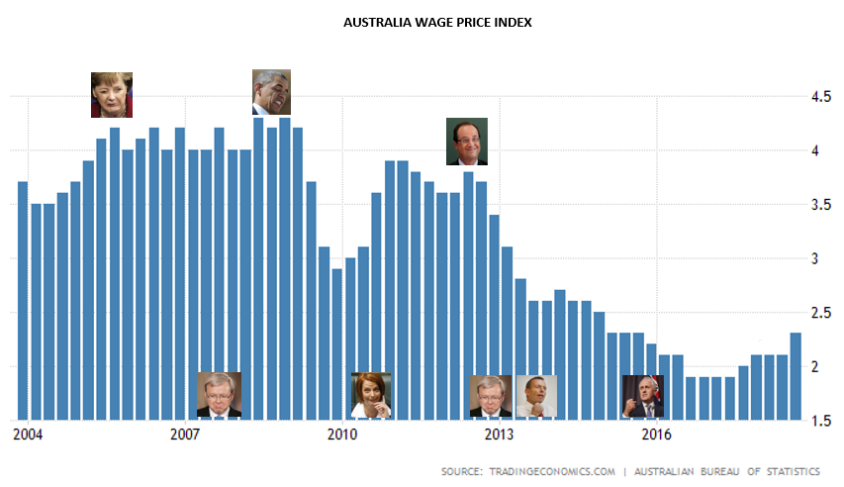 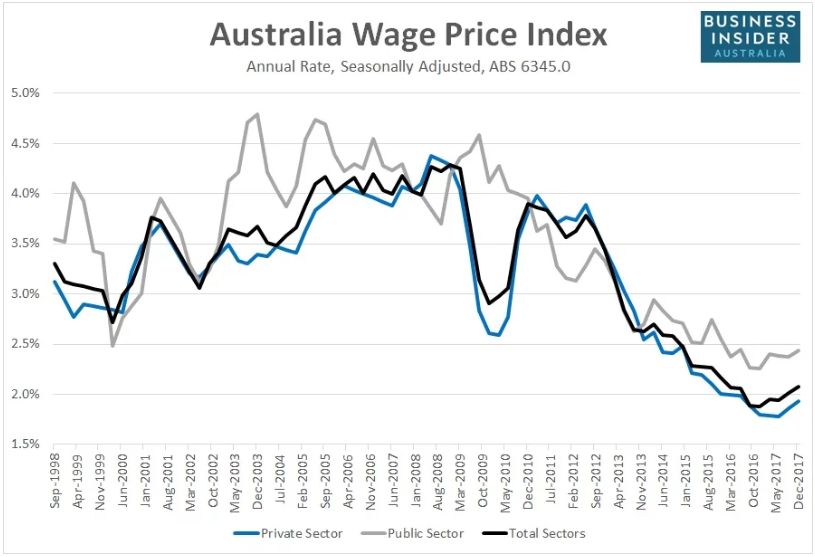 Trying to get people to absorb the true state of our federal finances – and the impact it is having on their everyday lives – is no easy task. That said, I’m hardly surprised given the advent of:

Just imagine how different things would be if people went back to paying their tax in arrears. What would people think of the government’s big spending projects and welfare payments then – if they had to physically hand their money over to the government themselves like any other bill?

The fact is that most people are now so enamoured with ‘getting by’ and ‘the cost of living’ that they are completely apathetic to how the political system is being run and, more importantly, what is happening to their hard earned money.

Make no mistake, the government is getting bigger and we are getting smaller – and we’re allowing it to happen. The problem is that, when people become apathetic, they become controllable… and fungible.

Then ‘protection’, ‘support’ and ‘democratic socialism’.

After that, all that’s left is a complete takeover.

One thought on “Whose Money is it?”