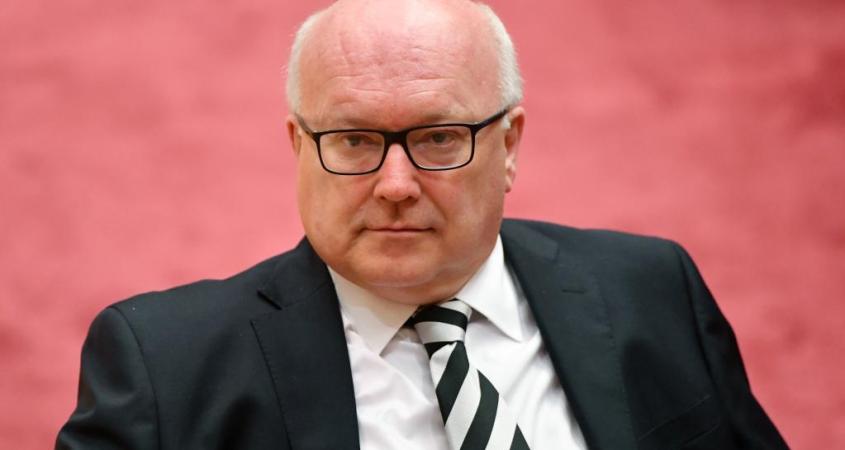 In case there wasn’t already enough of a disconnect between the political class and regular people, George Brandis put forward this ludicrous proposition the other day:

Dual citizen politicians who “honestly swear” they didn’t know they held foreign citizenship should not be ruled ineligible to sit in Parliament, Attorney-General George Brandis has told the High Court.

In a submission concerning the fate of MPs currently under a citizenship cloud, Senator Brandis said his construction of the law suggested politicians should be taken at their word [TMR: (!!!)] unless there was evidence to the contrary.

“If there is material that contradicts such a claim, then the matter can be tested, as occurred in relation to Senator [Malcolm] Roberts,” Senator Brandis wrote in a submission filed by Solicitor-General Stephen Donaghue.

“Without any knowledge of present or past citizenship there can be no risk of split allegiance,” [TMR: see section 44 below. How is this relevant?] he argued. “In the context of that actual knowledge, the choice not to take all reasonable steps to renounce that citizenship marks its retention as voluntary.”

In other words, Brandis would like us all to move along as there’s nothing whatsoever to see here because, ummm… different laws apply to politicians?

How about we have a look at what section 44 of the Constitution actually says:

(ii.) Is attainted of treason, or has been convicted and is under sentence, or subject to be sentenced, for any offence punishable under the law of the Commonwealth or of a State by imprisonment for one year or longer: or

(iii.) Is an undischarged bankrupt or insolvent: or

(iv.) Holds any office of profit under the Crown, or any pension payable during the pleasure of the Crown out of any of the revenues of the Commonwealth: or

(v.) Has any direct or indirect pecuniary interest in any agreement with the Public Service of the Commonwealth otherwise than as a member and in common with the other members of an incorporated company consisting of more than twenty-five persons:

shall be incapable of being chosen or of sitting as a senator or a member of the House of Representatives.

If I could triple underline the word ‘is’ up there or shove it up Brandis’ nostrils (in the hope that it reaches his brain), then I would.

There is no ambiguity here. As Yoda said: ‘Do or do not. There is no try’.

How is it that this nonsense wasn’t challenged by anybody in the media? As for Brandis (a ‘QC’ and the nation’s Attorney-General no less), which outer planet is he orbiting?

Why is it that the political class always expects to be given an unlimited number of chances to stuff things up (including their own personal details on a form), yet expects the rest of society to conduct itself subject to an increasingly invasive and hairline set of standards?

10 thoughts on “Brandis Has Truly Lost the Plot”