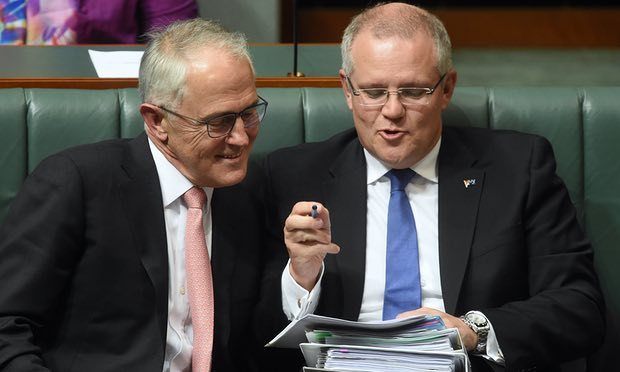 I wonder what my bank would say if I asked them to have more patience with my ‘good’ debt?

Seriously, what drugs are Scott Morrison and this Liberal government on?

The Treasurer said it’s “wise” for governments to borrow when rates are low to lock in longer-term financing for investments which will provide major growth.

He said federal budgets in the past do not “make the distinction between good and bad debt”.

“All debt is lumped in together, whether it is for capital or recurrent purposes,” Treasurer Morrison said.

For the benefit of those actually thinking that Morrison might have a point given that we’re in a ‘low interest economy’ (PS: it’s never a good sign when the Guardian thinks you’ve done something good), allow me to put things another way before I ask you to take one more step to your left…

What would you say if I told you that:

For some fun at home, have a go at making your own outrageous ‘where could the money have gone!?’ combo using the table below:

AND (yes, I’m saving the best for last)…

Yes, that’s right: the biggest contributor to our $490 billion debt is the $105 billion of interest paid on it. By miles – and the gap is getting bigger by the day.

Obviously, if the federal government had no debt, or very little debt, then it would have the luxury of choosing whether to acquire so called ‘good debt’. However, Rudd, Gillard and Swan sailed that ship away, built some fiber-ready school halls on it and set the thing on fire years ago. Since then, the Liberal government has done nothing of substance to retrieve the situation (there’s plenty that could have been cut from the budget without needing legislation passed in the Senate).

The fact is that we only have one kind of debt right now: catastrophic and negligently acquired debt.

As for the ‘low interest rate economy’ nonsense, remember that interest rates are volatile. Does anyone care to guess what they might be by the time we pay the debt back? Or what the average interest rate and total interest paid will have been over the repayment period? Did any of our insipid Press Club journalists bother to ask Morrison or Turnbull about this?

What trust has this government or Labor’s financial goons and grunts earned such that we should now suddenly trust them to start spending money on ‘good’ things and not boondoggles such as the NBN, the Education Revolution, battery farms or – my recent favourite – pumping water up a hill just to watch it trickle back down again (because any time you get the opportunity to blow at least $2 billion and literally take energy out of our electricity grid without a feasibility study, then you absolutely must do it before the chance passes you by).

And to think this is merely the entree to next week’s main course.