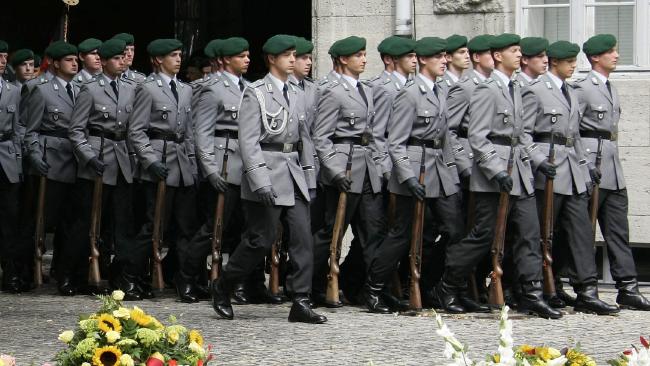 Here are some of the things the Australian Smartraveller site has to say about travelling to Germany:

A terrorist attack occurred near a music festival in Ansbach in Bavaria on 24 July. This is the second terrorist attack in Germany in two weeks. We assess that further attacks are likely. Pay close attention to your personal security at all times. Monitor the media and other sources about possible new security risks.

…There is a high threat of terrorist attack. Two attacks occurred in Bavaria in July 2016, with one on a train and another near a music festival.

We continue to receive information that terrorists may be planning further attacks in Germany. An attack could occur at any time.

Exercise particular caution around locations known to be possible terrorist targets. These include public transport, sporting and cultural events and places of worship.

And here is what has been reported in the news today:

Germany is to deploy troops on the streets for the first time since the Second World War and France has cancelled summer festivities as terrorism changes the face of Europe.

The announcement reveals how deeply authorities were unsettled last month by the first Islamist terrorist attacks on German soil. In Wurzburg a 17-year-old Afghan refugee wounded five people with an axe before being shot dead, and in Ansbach a Syrian refugee blew himself up and injured 15 others. In Munich a disturbed German-Iranian teenager killed nine people and himself – and police were stretched so thin that reinforcements had to be drafted in from outside the city.

With all this in mind, you would think that the ‘smart’ thing to do would be exercise a ‘high degree of caution’ or ‘reconsider your need to travel’. Right?

Not so according to our Department of Foreign Affairs and Trade (DFAT) – which, like the German authorities in Cologne, would like us to think that there is nothing to see here.

That’s right, Germany is apparently just as safe as Australia at the moment:

NB: the above rating represents the safest possible level on the scale used by the DFAT:

How do we present the risks?

We use four levels of travel advice. They are:

Level 3 – Reconsider your need to travel

2 thoughts on “Travelling ‘Smart’ in Germany”